Have you ever watched Star Wars with a “newbie”? We’re talking about someone who doesn’t know the difference between bantha fodder and a Padawan, or who thinks that BB-8 is a type of multivitamin.

Well, one of the main things that newbies get confused about is not necessarily WHAT is happening, but WHEN it is happening. And to be completely honest, even some of the more dedicated Star Wars fans can get a little (OK: a lot) confused about chronological order.

And so, to mark May the Fourth this year, I am pleased to share this complete Star Wars timeline:

Below is the full timeline, along with the corresponding movie/series that referenced the event (I would like to give HUGE credit to Gamesradar.com as the basis of this great geeky information!).

Now, let’s say that you want to start from the VERY beginning of the Star Wars saga, and move forward in chronological order through the movies and TV shows (we aren’t including the books and comics). Well, here is the extremely long but very interesting path you would take:

Series that have a * beside them have not yet been released. Let’s take a look at them in the next section.

Like many of you, I’m a huge gamer. Here are some of the Star Wars games placed in the timeline (credit and thanks to the Star Wars heroes at Oxtero.com for this awesome information!):

May the Force Be with You!

Well, if you made it all the way through this article, then you, my friend, are a true Star Wars fan. I would be honored to have a drink with you at the Mos Eisley cantina anytime! 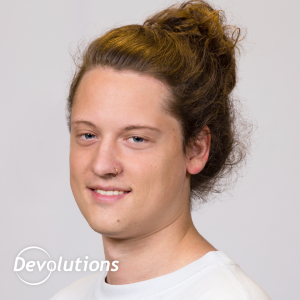