Whether or not we’re sowing the seeds of our own destruction by embracing artificial intelligence is the topic of intense debate. There’s no question that AI has already proven its value. Machines can accomplish tedious, repetitive tasks accurately in a fraction of the time that humans can. Machines also never get bored and can work around the clock.

We’ve taught machines to think in terms of pure logic. We haven’t been able to teach them to feel, though. Therein lies the problem for those who vehemently oppose the use of AI. There aren’t many humans in the world who’d lightly consider wiping the population of a country off the map, for example. That’s because humans temper their logic with compassion. Machines don’t have that capability. It’s not out of the bounds of logic to think that computers might one day decide a mass extinction is the best way forward.

While you might think we could stop that from happening, it’s probably too late. We can’t put the brakes on machine learning now. That said, we’re nowhere near the point of the rise of the machines either.

AI has made some impressive leaps forward over the last few years. That said, if you’re worried about it taking over the world, we’re not there yet. Why not?

There are a few good reasons, which is what we’ll discuss next.

It pays to remember that adopting an AI business model requires significant investment. While we’ve seen a range of early adopters, we’re not at the point where the technology has filtered down into the second wave of development.

In other words, most AI applications are currently being purpose-built for the specific industry they serve. Many applications are still in the early phases. We’ll see much wider adoption when the first-generation kinks have been worked out and we see more versatile applications.

While there are definite benefits for industries that decide to switch over, being a first adopter requires a significant investment. At present, not all companies can take on the cost.

AI requires significant computing resources and a solid infrastructural network to run on. Our current network technology won’t support the increased demands that the widespread use of AI would entail.

Even if we consider this aspect on a company to company basis, the costs are still prohibitive. Keep in mind that the rate of advancement means today’s tech will be obsolete tomorrow. If we plan our infrastructure to match the minimum requirements today, it won’t be of much use in the next phase of AI’s evolution.

As AI evolves, we’ll find that it’s bound to require more resources. Companies must find cost-effective ways to scale up their capacity in order to adopt this tech.

The answer to this dilemma might lie in the cloud. Scalable and affordable cloud services will no doubt speed the rise of the machines.

Replacing or retraining employees because of advances in tech poses its own difficulties. Employees are naturally going to resist change if it leads to job losses. While companies can opt for a “change with the times” attitude, this can cause a severe backlash.

In the United States, for example, the use of self-checkout facilities has had mixed success. Some consumers refuse to use these services because it means a cashier has lost their job.

What Companies Will Require

In order for companies to seriously consider adopting this tech, they’ll have to ensure the following are in place...

AI is heavy on resources. Companies will have to start considering switching to GPUs, for instance. Bitcoin is a good case in point. In the beginning, when Santoshi made Bitcoin, you could mine the currency with any computer. Over time, as the network became more popular, the cryptographic equations needing solutions increased in difficulty. If you want any chance of mining Bitcoin today, you need a specialized rig with a lot of computing power.

Technically, you can watch Netflix using a 2G connection. Doing so, however, would be a buffering nightmare. Companies will therefore have to consider how data is transmitted before AI becomes more widespread. 5G does offer the capability to send far larger amounts of data than anything else to date. Will it be able to support an AI-based infrastructure? We’ll have to wait and see.

More data allows businesses to make better decisions. AI allows us to capture and analyze big data sets in a way we couldn’t before. Analyzing that data is one thing. Finding sufficient storage space is quite another.

Faster networks and huge databases are prime targets for bad actors. With AI-based decision making, companies will have to protect data not only from being stolen, but also from being corrupted. Introducing one line of incorrect data into a product benefit analysis could, for example, lead companies to making bad mistakes.

In the future, ransomware could take on a very different format. Instead of locking companies out of their data, bad actors might simply inject false information. Companies might then have to pay the ransom in order to locate the false information.

We might even see the age of AI-based hacks – orchestrated and executed by machines wanting to gain the upper hand on the competition.

Infrastructurally, we’re not ready to handle the kind of computing capacity that computers would require to completely take over. For now, we’re fairly safe. That said, keep in mind that a computer with less capacity than your basic modern phone took up a whole room in the sixties.

Think how far we’ve come in just sixty years. Then factor in the advances made possible through the use of machine learning today. How long will it really be until our infrastructure becomes capable of sustaining an autonomous machine network? 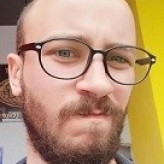 Chris Usatenko is a computer geek, writer, and content creator. He is interested in every aspect of the IT industry. Freelancer by nature, he is willing to get experience and knowledge from around the world and implement them in his life.