Vaults, which used to be named Repositories in RDM’s previous versions, are virtual drawers that let you organize your entries into multiple vaults, which are stored in the same data source (either Devolutions Password Server, MySQL or SQL Server).

Vaults improve security and boost performance, since using them limits the volume of entries that are loaded at the same time. It also simplifies user management, as Active Directory groups define who has access to a vault.

In Remote Desktop Manager and Devolutions Password Server, Active Directory groups are called roles. Most roles have access to a couple of vaults, while some roles only have access to one vault. Limiting access to vaults minimizes the need to set permissions on lower-level folders, which alleviates the administrative burden on sysadmins. 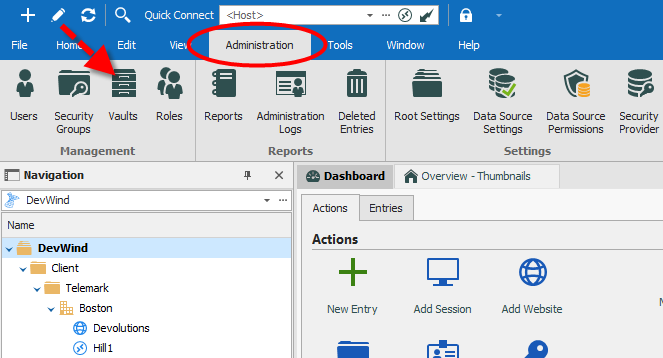 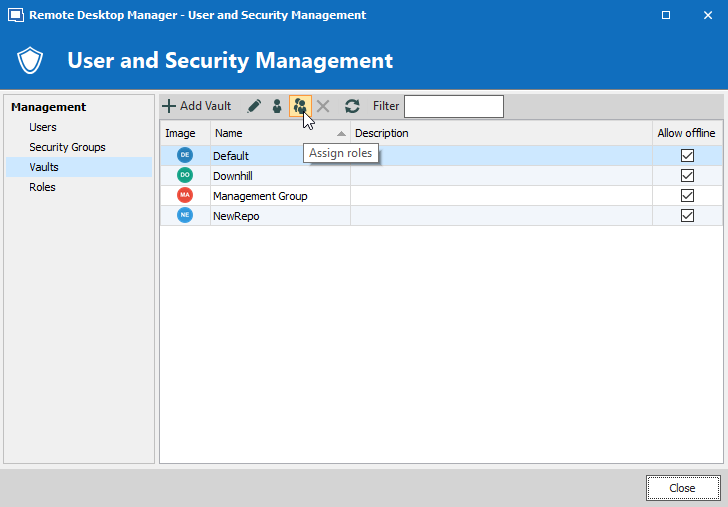 Step 2: In the User and Security Management window, choose the repository you want to assign roles to, and then click Assign Roles.
Step 3: Choose which roles will have access to the vault, and then check the Is Member box. 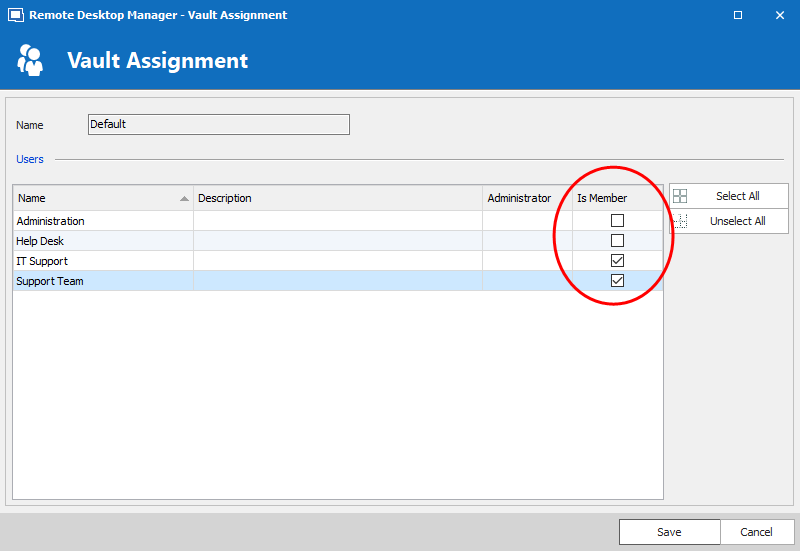 And that’s it! Your entries are organized, tidy and easy to manage — just like your drawers at home, right? Now you have more time to focus on top priorities, like educating your end users about good password policies, optimizing your cyber security budget, and re-watching the finale of The Office. Ah, an IT pro’s work is never done!

Passwords vs. Passphrases: Let the Battle Begin!
How to Update Your Devolutions Password Server Registration Serial