As Joey pointed out in our annual Year in Review (part 1 and part 2) , while we’re always focused on improvements, innovations and the future, we’re also very big on tradition (you should see what happens when someone breaks one of the foosball rules). And that’s why it’s my pleasure once again to share our Road Map for the year ahead, which points to some of the key developments and milestones we have planned for 2018.

I don’t want to get all nostalgic, but when I reflect on how far Remote Desktop Manager has come over the years, I’m at a loss for words. Version 1.0 was created back when I was working in IT in 2010, and I couldn’t find a remote connection management tool to meet my needs.

Well, here we are in 2018. Remote Desktop Manager is now used by more than 300,000 IT pros in over 130 countries, and we’re already up to version 13 (and counting!). And speaking of versions: thanks to our outstanding RDM Development Team, most of our updates feature at least 100 additions, improvements, enhancements and fixes. We don’t just make a few changes and have a launch party. To us, constantly making RDM better and more secure is a mission that we take very seriously (besides, we don’t really need an excuse to have a party around here!).

And so, let’s shine a spotlight on what the year ahead holds for RDM:

We’re already putting together RDM v13.5, which should launch in March. Some of the key new features will include:

Just as fall arrives, we should be ready to release RDM v14, which will feature:

Please be assured that this isn’t an exhaustive, detailed list of what we have planned for RDM. It’s just a sneak peek of what’s ahead. As always, we’ll keep you informed.

While RDM has come a long way over the years, I’d say Devolutions Server (DVLS) has evolved even more from when it first launched. In case you aren’t familiar with DVLS, it’s an on-premises solution that lets you manage sessions and control access to privileged accounts. In the past, many of our DVLS customers deployed it as a compliment to RDM, but an increasing number of organizations are using it as their main platform to store data.  Here’s a look at what we have planned for DVLS in 2018:

We’re aiming to release DVLS 5.0 in February. Some new features will include:

We’ll be launching DVLS 5.5 later in the year, and it will include:

Plus, I am hyped to announce that we’re working on a new product that will be called the Devolutions Hub which we plan to first release in July this year. Ultimately, the Devolutions Hub will replace Devolutions Online Database. Stay tuned as my excellent marketing team will provide you more information over the following months.

IT pros know that a robust remote desktop solution is essential for supporting end users and managing multiple remote servers. But the price position must be sustainable — a major problem, since many solutions in the marketplace are quite expensive. That’s where Wayk Now enters the picture.

Wayk Now is a flexible, easy-to-use and lightweight remote desktop access solution that reduces implementation time and increases security — and all at very affordable price position (and it’s still free for personal use).  Since launching Wayk Now in late 2016, we’ve received overwhelmingly positive feedback — from both IT pros who like the tool, and executives who like the price! Here’s a look at what we have planned for Wayk Now in 2018:

After months of hard work by our Wayk Now development team, the much anticipated v2.0 should launch in February. Key new features will include:

What’s better than one major update to Wayk Now in 2018? Yes, that’s right: TWO of them! Version 3 should be ready in October, and will feature:

How could our Road Map be complete without some news on our favorite IT-inspired comic strip?

First of all, in case you didn’t know: the creator, illustrator and author of Sysadminotaur, Patrick Desilets, is now a full-time member of the Devolutions family. He’s already hard at work on several projects, including a short animation of the classic #30 (“Vault”).

I’ve had the privilege of knowing Patrick for many years, and one of the things that never changes about him is that he always strives to do better. And for evidence of this, I invite you to look at some of the earlier editions of Sysadminotaur, and compare them with some of the more recent creations. Yes, they’re all hilarious, but it’s obvious that Patrick keeps upping his game. 2018 will be an amazing year for Sysadminotaur fans!

The Devolutions story keeps getting bigger and better, and it’s because of two groups: our incredible community of IT pros (that would be YOU), and the talented people with whom I have the honor of working each day. It’s impossible for me to put into words how grateful I am. 2017 was our best year ever, and 2018 promises to be even better.

I know this isn’t Reddit, but please feel free to ask me anything by commenting below, and I’ll gladly respond. You can also share some feedback, insight or advice. Now is your chance to have a direct answer from me.

One last thing: I asked our talented Graphic Designer Stacy to put together a timeline to capture what we have planned for 2018, and as usual he over-delivered. I invite you to download it, and if we miss any of our milestones, we hope that you’ll call us out and tell us to do better. After all, we exist because of you — not the other way around! 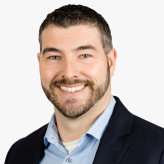 David has over 15 years of experience in software development. As President and CEO, David is responsible for Devolutions’ corporate strategy, and for overseeing product development. After establishing Devolutions inc. in 2004 as a software consulting service, David evolved the company’s mission in 2010 to focus on turn-key software solutions. Today, with over 300,000 users in more than 130 countries, Devolutions is a leader in the field. Reflecting on Devolutions’ success, David credits his extensive experience in software architecture, his entrepreneurial spirit, his solid foundation of business intelligence, and a total commitment to satisfying customers. David holds several certifications in the IT field, and earned his Computer Science diploma from the University of Montreal.