Back in 2012, I wrote a whitepaper comparing different remote desktop connection software products that were available at the time. Among the various creative solutions out there, I was really impressed by Remote Desktop Manager from Devolutions, which offers truckloads of useful functionality for sysadmins who need to use remote connections of different kinds.

ControlUp is the solution of choice for many admins who require deep real-time visibility into what’s happening on their servers and workstations, while being able to perform multi-target management actions. With regard to remote desktop connection management, ControlUp offers basic RDP as well as Remote Assistance and session shadowing.

Systems management often involves hopping between different machines, checking metrics and logs, comparing settings and manipulating user sessions, applications and services. Especially when it comes to managing a server farm or a silo of similar computers (like in a VDI environment), being able to perform a management operation on multiple computers with a single click is a great timesaver, and ControlUp often shines in this scenario. However, sometimes there’s just no better way of solving or researching an issue than connecting to the affected system’s desktop or CLI, and that’s where RDM’s abilities can save the day.

In this blog, I’m happy to present a functionality which was very recently added to both products, allowing you to combine the powers of ControlUp and RDM. There is very little effort needed to try this out on your desktop, as long as you have both programs installed (ControlUp and RDM are free to download and offer various licenses, including a free one).

ControlUp’s Script-based Actions repository now includes an action called “Open in RDM”, which allows to quickly jump to Remote Desktop Manager for any selected computer, connecting to it with any of the many available remote connection protocols. 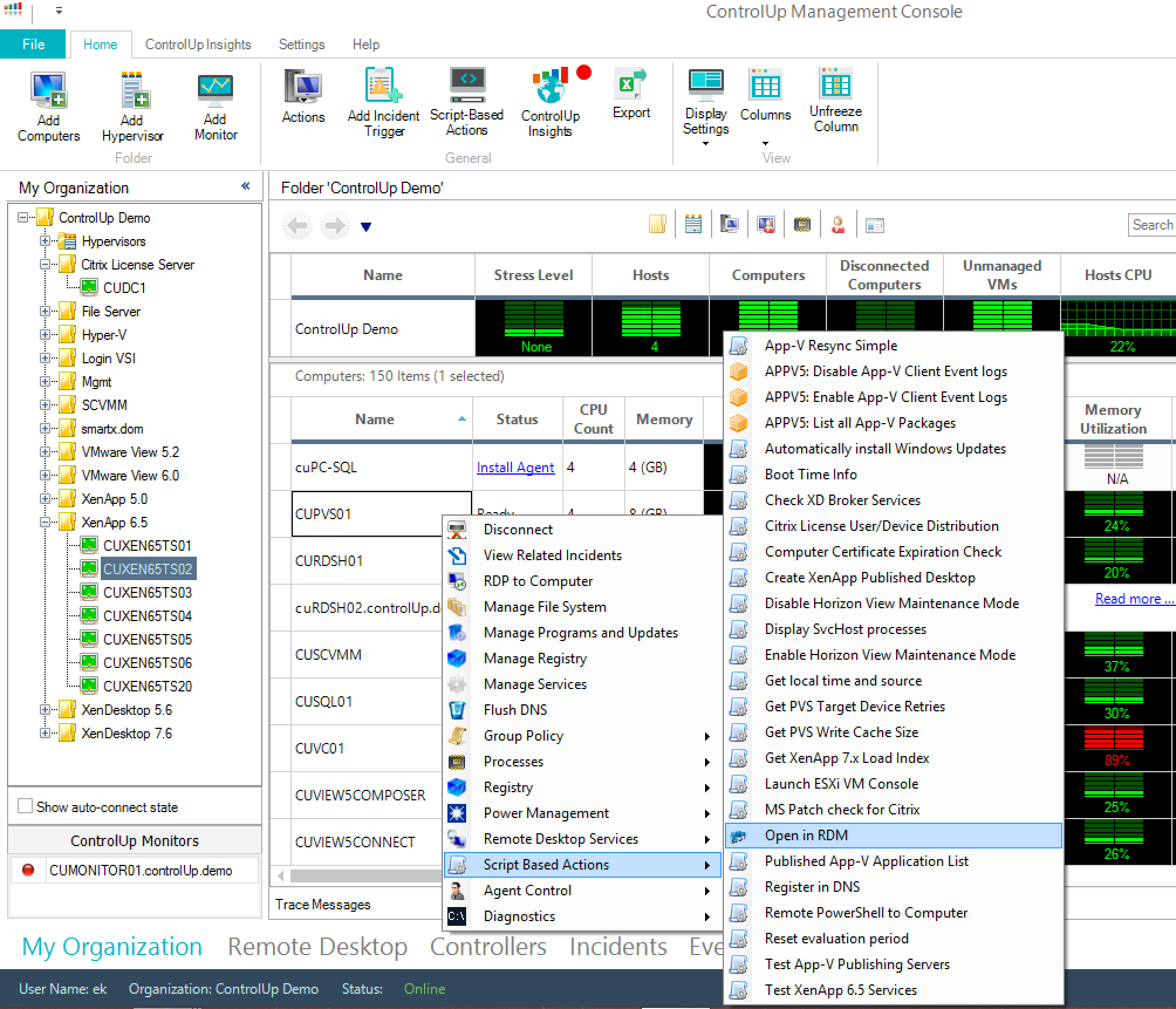 This adds to ControlUp a few awesome possibilities, such as:

If RDM finds several options to connect to the target computer, it will prompt you to select the one you are looking for. Those connections will leverage all of RDM’s advanced features, such as the centralized credentials store.

Looking from the reverse angle, a similar link is now enabled within RDM, which means that a dedicated connection to a ControlUp resource can be configured. Upon connection, ControlUp will open, switch to the selected view (for example, Computers) and highlight the selected resource. 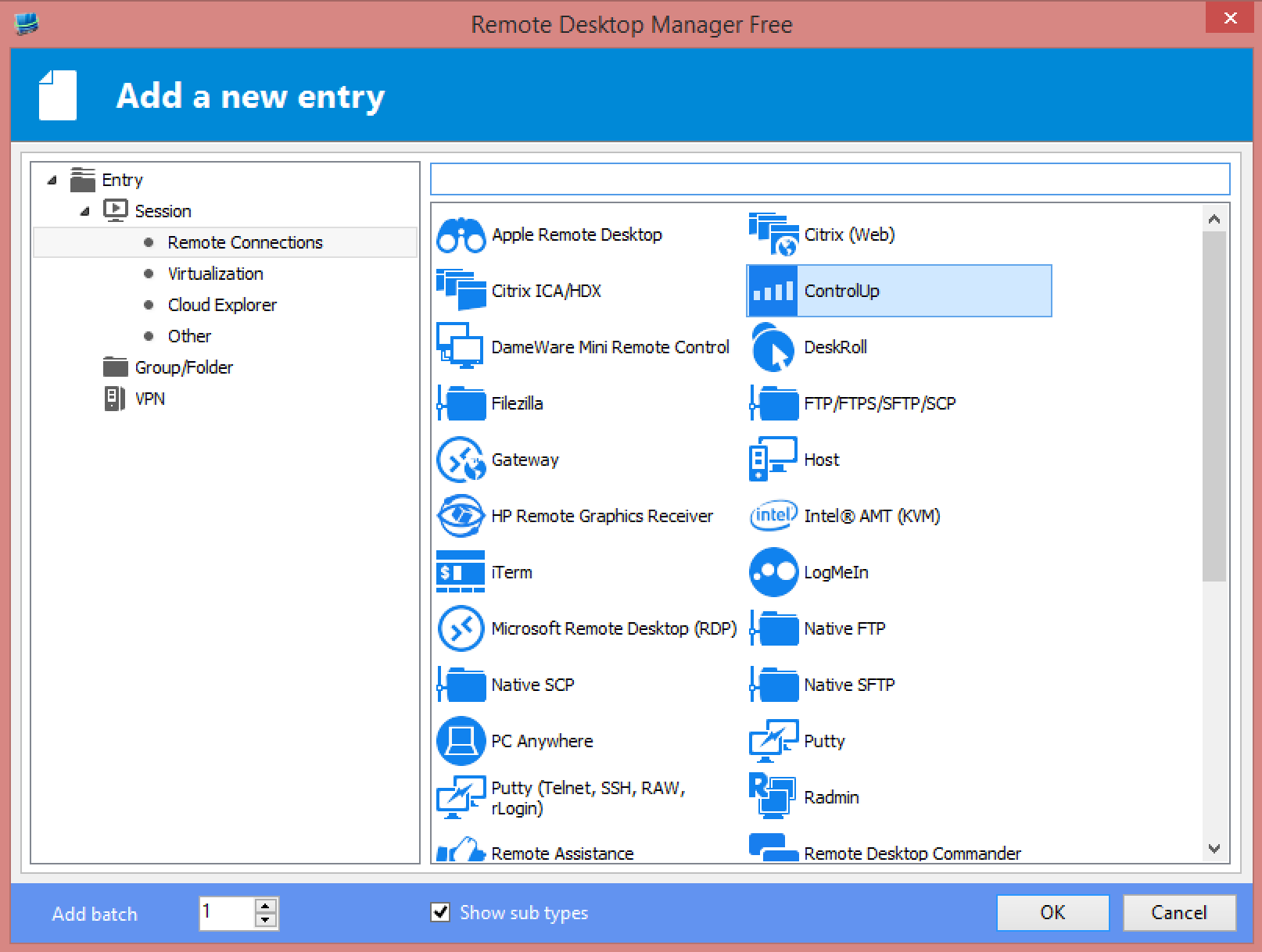 Also, you can use the Tools menu to open ControlUp while focusing on the selected resource. This unleashes the following cool features:

ControlUp maintains an active component on each monitored machine, which allows a high level of control and deep insight into the computer’s current activity. When a management task needs to be performed, the integration with RDM allows the admin to quickly launch ControlUp in the relevant context. That means that the weapon is aimed on target and ready to fire!

To summarize, sysadmins need multiple tools and consoles to perform their jobs, and hopping between different consoles is probably inevitable - no matter how many different features are offered by each console or tool. However, as exemplified by this synergy of ControlUp and RDM, while switching between consoles it is important to preserve the focus and context of the management task. Thus, a computer selected in one console will be seamlessly targeted by the other, allowing you to utilize the best of each tool without wasting time on repeatedly locating the target. 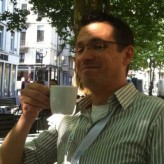