All Customer Stories Team Fun & Lifestyle News Polls Products Reviews Security Sysadminotaur Tips & Tricks Whitepapers Videos
Hey everyone, These days, it’s hard not to be wowed by the crystal clear graphics of Xbox and Playstation, and to be amazed at the elaborate, sophisticated games that are available. And it’s not just kids who are shelling out for the latest systems and games. A Study from Entertainment Software Association says that in 2013, consumers spent $21.5 billion on video games, and that the average video gamer in North America is 31 years old. Plus, 48% are women! However, while video games are awesome and everywhere these days, about 60 years ago they were little more than ideas and experiments in a lab. Here’s a look back at how it all started, and the evolution of video games:

1889: Way before Mario met Peach, Nintendo is born! 1952: Invention of the first computer game: tic-tac-toe. While it would put most of us to sleep today, back then it was exciting news! 1962: MIT researchers create the first real computer-based video game called Space wars. Unfortunately, the game can't be distributed because the hardware is too expensive to mass produce.

1971: Way before disco, the first arcade game makes its first commercial appearance. 1976: The controversial arcade game Death Race sparks outrage, because players must kill zombies by hitting them with cars. Wow, how times have changed! These days, games where you kill zombies with cars would be probably be rated E for Everyone. And let’s be honest, Rick and his friends do a lot more damage than killing zombies with their cars.

1980: Pac Man chomps his way into arcades across the world, and to Atari home consoles. Go get those ghosts! 1981: Donkey Kong enters the video game scene. It was a massive hit and one of the first video games to feature multiple levels. 1984: OH YEAAAHHHH. Tetris is in the house! Make some noise!!! (And no, you aren’t the only person who has had “Tetris dreams”…we all have those…help!). 1985: Here’s where things totally go to another level, because the 8-bit gaming console Nintendo Entertainment System (NES) is introduced at CES. 1989: Game Boy catapults the portable gaming industry! BAM! To date, Nintendo has sold more than 400 million portables. That’s just crazy. Also in 1989: Remember Sega? Anyone? Anyone? (Bueller…Bueller…). Well, 1989 is when Sage and its whopping 16-bit Genesis console hit the shelves, and introduced Sonic the Hedgehog into our lives. 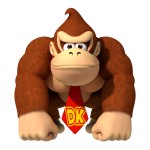 1991: Ah, the cold war had ended by 1991, but the video game console war is just getting started! That’s because Nintendo releases its 16-bit Super NES to compete with Sega's Genesis. Eventually, Nintendo wins out thanks to popular in-house titles like Mario, The Legend of Zelda and Donkey Kong. 1994: Blizzard releases Warcraft: Orcs & Humans, one of the first strategy games with a detailed mission. The Warcraft series goes onto become the most popular massively multiplayer online game. OK I admit it: I’m not as familiar with the whole Warcraft thing as some other people here at Devolutions, but give me some time – I’ll get there! 1995: The Sony Playstation is introduced, and would later help so many, many people waste millions of hours playing Call of Duty and Grand Theft Auto. Good times! 1996: Maybe I’m a bit old school, but 1996 is a special year for me because that’s when the Nintendo 64 arrived on the scene. Mario Kart was awesome! And what about GoldenEye 007? Ah, the good old days. 1999: DOWN GOES SEGA! Sadly, Sega’s Dreamcast -- the first console capable of online play – turns out to be the company’s last console. Saddled with debt and facing stiff competition from Sony (and soon Microsoft as well), Sega bids farewell.

2000: Sony releases the PlayStation 2. At 128 bits it features better graphics than a PC, and can play DVDs as well. Grand Theft Auto was native to the PS2 and became a massive hit. 2001: Microsoft unveils Xbox at CES in a keynote presentation by mega-geek Bill Gates. It featured PC technology, an Ethernet port, an 8 GB hard drive and the ability to play DVDs. Halo: Combat Evolved was instantly popular, and would become Xbox's flagship game franchise. 2006: Nintendo introduces Wii. Now, don’t judge me, but I can play Just Dance on the Wii for hours and hours…much to my husband’s despair! The Wii would become a worldwide hit, and by 2009 would sell more than twice the number of consoles as Sony’s PS3.

2008: Angry birds? Farmville? You know where I’m going right? Of course it’s the launch of Apple's App Store! Oh, and before I forget: Please, stop sending Farmville invitations on Facebook. Together, we can stop this epidemic!

2013: Xbox releases Xbox One with cloud integration, and the ability to overlay live TV. The console also has voice integration and an improved (optional) Kinect sensor.  It also gives gamers the ability to record and share highlights, or live stream gameplay.

2013: The PS4 is launched! Sony calls it the “world’s most powerful console”! It features a powerful AMD x86-64 Accelerated Processing Unit to appeal to more developers. Just like Xbox One, an emphasis is put on social sharing and live streaming. If you want to take an even more detailed trip down memory lane, check out Mashable’s evolution of gaming – it’s great, and will bring back a lot of memories. And now it’s your turn. What is your favorite all-time console or game? It doesn’t necessarily have to be the one that had the most amazing graphics or gameplay. Maybe it was the first game you fell in love with (or became addicted to!), and it helped inspire you to be the awesome super-geek that you are today. Please share your thoughts with us either by commenting below, or on our Spiceworks page. Cheers! 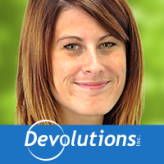 9 Gadgets that any IT Pro should have in his Office
2014 year in Review: Part 2