What is Fingerprint Recognition Technology?

To give a more tangible example, if you have a smartphone, you may have fingerprint recognition technology in the form of a small round sensor at the bottom of your screen. When you set up your phone, you would have been prompted to input your fingerprint information, and then each time you want to unlock your phone, you need to present your fingertip to the sensor so your phone security system can identify you.

So, now that we know what a fingerprint recognition system is, let’s take a look at the pros and cons of using this technology.

There are many benefits to being able to identify a person by simply entering their fingerprint into a database. Here are some of the most important advantages.

As discussed above, fingerprint scanning technology is a really accurate way of identifying who someone is, purely because we each have a fingerprint that is entirely unique to us. This makes it extremely difficult for anyone to forge someone else’s identity. When compared with a pin or a passcode, for example, which are easy to forge if someone manages to find out the code, it is easy to see why the widespread use of fingerprint recognition technology is an exciting development for keeping us more secure, especially in our digital lives.

One of the curses of the digital age is cybercrime. To stay truly safe online, it’s recommended to have an obscure, unique password for each account you log in to. However, the reality is that the majority of online users do not follow basic password best practices to stay secure online, purely because it is an extra hassle remembering many different passwords. This leaves many of us vulnerable to cyberattacks that can have a devastating impact. In contrast, fingerprint technology takes away the hassle of juggling multiple passwords as you only need to scan your fingerprint whenever you want to access an account online.

The process of gaining access to a system by placing a fingertip on a fingerprint scanner is quick and easy for the majority of people. Excepting people without fingers or hands, fingerprint technology can be a helpful tool for many, including people with intellectual disabilities or cognitive impairments who struggle with managing passwords.

No technology is without its disadvantages. And while technologists are hard at work to make fingerprint recognition technology as widely available and as secure as possible, there are some cons to bear in mind.

Not usable by all

While this technology will work for the majority of people, it excludes people who do not have fingers or whose fingerprints have been removed through injury, or people that cannot utilize their fingers. Accessibility is key to rolling out any technology widely. If pockets of people are unable to utilize fingerprint recognition technology, then this may cause problems down the line if fingerprint scanners are used as a main form of identification.

Large technology companies, likely with much larger budgets, are offering fingerprint recognition technology as part and parcel of their security systems. Think Apple, Dell, Samsung, etc. However, the cost of implementing a fingerprint recognition system is high, which automatically excludes organizations with smaller budgets from accessing it. Over time, as the technology becomes more widely available, cost barriers are likely to reduce. But for now, this technology is accessible by a few, not many.

As with facial recognition technology, fingerprint recognition relies upon a digital system to store and match fingerprint information in order to grant access. If this system goes down, then users may be locked out. While this is not a widespread problem, in places where power outages are common or in the event of a natural disaster, this could cause a big upheaval. Therefore, it is likely there will need to be a backup identity verification system in place in the event of a system failure, such as manually entering a password.

Particularly for early adopters of technology, fingerprint recognition was an exciting digital innovation that heightened security and convenience. However, it is currently not a perfect solution to verification, due to issues around accessibility. So, backup systems should always be maintained. 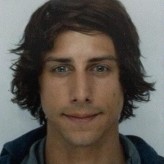 Gregory Burgess is the creator of Switch Extension, a productivity tool that helps users accomplish their daily tasks more productively in a single browser with features such as multiple tab and multi-account management.