Last week, we started our list of 10 must-read books for IT pros by looking at suggestions 1-5. Now we continue with suggestions 6-10. Are any of these classics on your bookshelf or e-reader?

Aside from being a gripping, thrilling read, the influence of this book cannot be underestimated. It basically spawned the cyberpunk sub-culture movement, which is embedded in our digital culture (much to the chagrin of cyberpunk pioneers whose parents didn’t shell out for an iPad, and even more egregiously, had to suffer through using dial-up 300 baud dial-up modems like this baby). While there’s plenty to love about this book, if you read it or re-read it, see if you can notice just how eerily accurate Gibson was in anticipating what a digitally-dominated life would feel like.

7. The Search: How Google and Its Rivals Rewrote the Rules of Business and Transformed Our Culture by John Battelle (2005).

Yes, we all know that Google is our friend (not the least of which being that Google keeps telling us it is). But long before we started eating, breathing, sleeping and of course surfing Google, there were lots of other players, including Alta Vista, Lycos, Excite, and of course, the infamous Ask Jeeves (who at last report, was living in a van down by the river). So the question is: how on earth did Google not just rise past the competition, but basically obliterate them?  Some of the answers are found in this very interesting book, which chronicles the rise (and rise…and rise) of Google.

8. Only the Paranoid Survive: How to Exploit the Crisis Points That Challenge Every Company

Back in ancient times – we’re talking the early 90s here, when grunge bands roamed the earth, and everyone was being inundated with CD-ROMs from AOL -- Intel was the world’s biggest chip maker. They commanded most of the market, and made wads of dough. That is, until Japanese companies decided to get in on the action, and began flooding the market with lower-price chips. Intel went into crisis mode, and many pundits saw it as the beginning of the end. However, Grove and his Intel co-founder Gordon Moore did something totally unexpected: instead of fighting back getting into a price war, they left the memory business, and set their sights on microprocessors. That radical decision paved the way for a reinvented company that is back on top. This book chronicles that unbelievable time, and really takes readers behind the scenes on what remains one of the all-time boldest gut checks in business history.

9. Telecosm: How Infinite Bandwidth Will Revolutionize Our World by George Gilder (2000).

Gilder is way more famous for his “Gilder Technology Report” than he is for this book; particularly since devotes of his investment advice took a major bath in the early 2000s when the dotcom boom turned into the dotcom bust. However, despite that smudge on his resume, Glider nevertheless deserves credit for envisioning some of the trends and concepts that would later become part of our modern world – like the proliferation of handheld devices and the evolution of Internet companies. So go ahead and read this for some insight, but please, get your investment advice elsewhere.

OK…where do we begin? This is probably the goofiest geek book ever written. It’s silly, surreal, wacky, profound, hilarious and absurd – and on top of that, there’s a manic depressive paranoid android named Marvin. Yet while this book is an insanely fun read and full of zany, laugh-out-loud moments, geeks will no doubt appreciate that the glorious Hitchhikers Guide to the Galaxy bears a distinct resemblance to today’s smartphones, which basically put an incomprehensible and instantly-updated amount of information at each of our fingertips. So apparently it wasn’t so goofy and absurd after all! Oh and by the way, there have been two movie versions of the book. A fairly recent one starring Martin Freeman and Zooey Deschanel, and a made-for-TV version from 1981. While the older one is utterly campy and has the production values of a home movie, many geeks believe it’s superior.

Please tell us what you think of this list. Are these worthy selections? Or is there something else that should be here? Comment below and let us know! 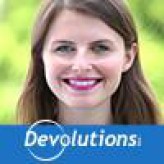